How Luke Walker went from technician to repair shop owner

This blog is part one of a two part series. 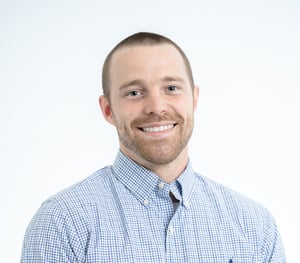 At TechForce, we often have the pleasure of hearing the life stories of successful techs. Whether young or old, a common theme very often emerges. The theme is that their love of all things technical started at an early age. Luke Walker is no exception. Luke was only in grade school when he and his grandfather disassembled his first engine.

A love for fixing anything broken that he could lay his hands on continued to fascinate him. Not surprisingly, by the time Luke turned fifteen, he found his hands-on learning style at odds with traditional classroom learning, where he felt he was stuck sitting at a desk all day, bored to tears. He could not imagine a career with more of the same in his future. That realization started him down the path of considering the skilled trades as a career option.

"Luke dreamed of owning his own shop one day. In 2009 with only five years of work experience under his belt, he was able to realize that dream..."

Luke decided to focus on automotive mechanics, working at a local automotive repair shop to gain experience during his last two years in high school. Realizing that continuing education would help accelerate his career, he continued on, earning an Associate’s Degree in Automotive Technology from Columbus State Community College.

Like many who enter the automotive trade, Luke dreamed of owning his own shop one day. In 2009, with only five years of work experience under his belt, he was able to realize that dream, gambling everything to open a small, single-bay shop. His hard work and determination paid off, as he reached an amazing $180,000 in sales in his first year.

As they say, “the rest is history”. Twelve years later, his business has spread across four buildings and employs thirty people. Sales in 2020 were $3.6 million, and are on track to reach an amazing $4.7 million in 2021!

When Luke first started his business, it did not take him long to realize that the qualities and skills of a good technician are not the same ones that make for a successful business owner. In the beginning, he utilized a price-focused business model, performing repairs cheaper than the competition. While it did bring him new business, he found the low profits he earned were not sustainable in the long-term. Four years later, Luke was forced to change his approach. He began bringing in consultants to learn about how to run a profitable and efficient business. Profits began increasing while still enjoying rapid growth. Luke also credits his employees with being another factor in his success. “I began focusing on hiring the brightest and best people I could find” he says, “and it has served me well over the years”.

"Some people just aren't wired to go to college but are brilliant working with their hands. Utilizing those tactile skills gives them the opportunity to do something rewarding and personally fulfilling with their life’s work, a goal that has proven to be elusive for many in the workforce."

Looking back over his career, Luke feels that deciding to enter a trade was one of the best decisions he ever made. He remarks, “I often advise young men and women to seriously consider doing the same. Pursuing a ‘new collar career’ has a number of benefits. Demand is high for auto techs and other skilled trades, whereas many of those graduating with 4-year degrees really struggle to find work when entering the job market today. A technical certificate or degree, whether from a trade school or community college, is much more affordable than a 4-year degree, which can easily cost $100,000 to $200,000 these days. Pursuing that option will help you to minimize your student loan debt. Also, in my experience, the pay in these careers is often higher than for those with a 4-year degree going into traditional white-collar careers. Some people just aren't wired to go to college but are brilliant working with their hands. Utilizing those tactile skills gives them the opportunity to do something rewarding and personally fulfilling with their life’s work, a goal that has proven to be elusive for many in the workforce. And perhaps that is the most important consideration of all.” Words of wisdom from someone who knows firsthand.

In reading about the impressive success that Luke has enjoyed in his career to date, you may wonder what new challenges await him. He has already started down that path, where fate and circumstances have come together to give him the opportunity to give back to the community, something else that ranks high on his list of personal priorities and ambitions.

Stay tuned for Part II coming next month, to see where Luke’s amazing journey is leading him!